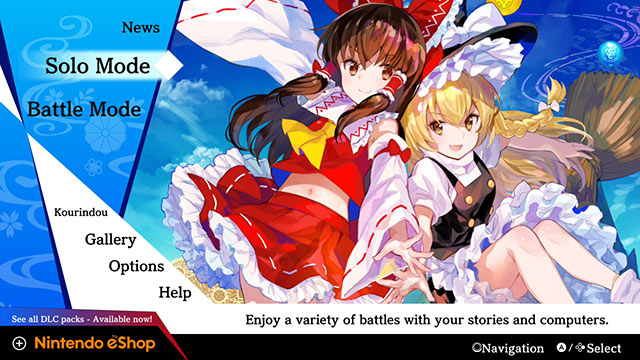 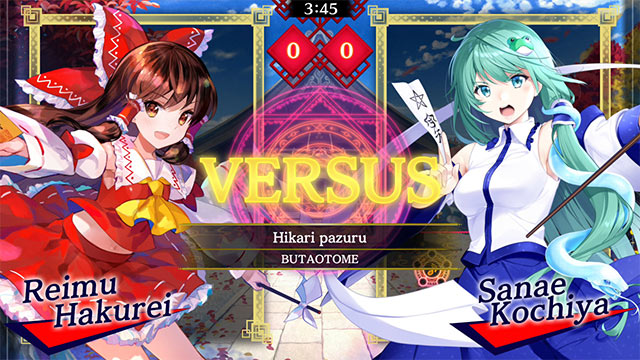 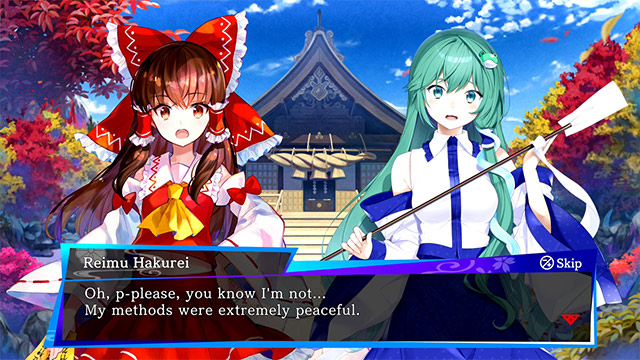 Touhou Spell Bubble is a mix Puzzle Bobble’s (Bust a Move in North America) game design with Touhou Project’s characters and music enhanced by a line up of 40 voice actresses and illustrators and numerous music artists too.

Choose your favourite character from Reimu Hakurei (voice: Ayaka Suwa), Marisa Kirisame (voice: Naomi Ohzora) and many more Touhou stars and face off against your opponents armed with Spell Cards and your bubble busting, rhythm skills in this new twist on two fan favourites!

48 music tracks with 12 of those new and exclusive to the game from IOSYS, Yuuhei Satellite and many more well-known Touhou arrangers!

Character design comes courtesy of top illustrators like Fuzichoco, Ogipote and more, combine with the a cast of top voice talent to bring a cast of unique characters to life in both single player story mode and local multiplayer matches! The shrine maiden at Hakurei Shrine who watches over Gensokyo. While she has solved many mysteries, this time she's using her sharp mind to excel at Spell Bubble. 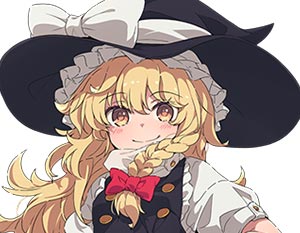 A magician who lives in the Forest of Magic.Along with her posse of likeminded weirdos, she's helping spread Spell Bubble feverall over Gensokyo. 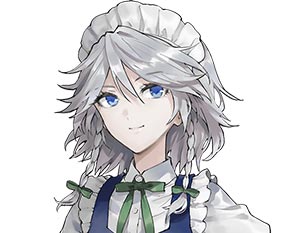 A live-in maid at Scarlet Devil Mansion. She has the ability to manipulate time. She's also a master of knives, and her precision can be seen in Spell Bubble. 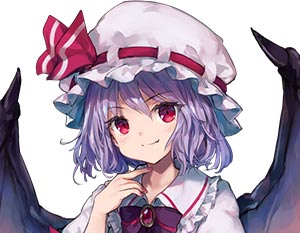 A vampire who lives in Scarlet Devil Mansion. Oridinarly, she wields her powers for destruction, but in this story, she uses her powers purely for sport in Spell Bubble. A fairy who lives in a lake. She may seem sweet an innocent, but she's a powerful force in Spell Bubble, making her pro debut. She's currently the envy of all the fairies in Gensokyo. A doll master who lives in the Forest of Magic. She gets talked into helping mass-produce Spell Bubbles by her frenemy, Marisa. A gardener and fencing instructor who lives at Hakugyokurou. She's a skilled dual-weilder who uses both Roukanken and Hakurouken swords, but in this story, she mostly serves as Reimu's support by her master's request. 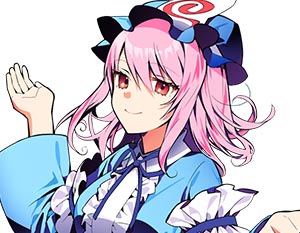 Ghost Sighted on the Veranda

The master at Hakugyokurou. She's ordinarly pretty out of it, but in this story, perhaps on a whim, she takes on the task of helping Reimu grow. Guard at the Border

A Youkai sage who lives at the border. Has the power to manipulate the border. Is usually calm and thoughtful in all things, but loses her temmper when she loses games. A moon rabbit who lives at Eientei. She has the power to control insanity. She's a hard-working girl ordinarily, but in this story, Kaguya gives her the runaround. 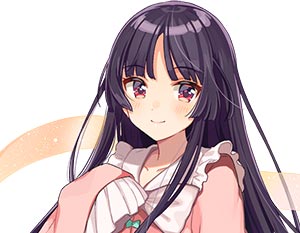 Hailing originally from the Moon, this Eientei resident can manipulate eternity. In this story, she overworks her underling rabbits, obsessed with selling her new medicine. Frolicking Phoenix of the Bamboo Forest

A person of Hourai who lives in the Bamboo Forest of the Lost. Blesssed with both immortality and the power to manipulate flames at will. Everyone in the Forest loves her. 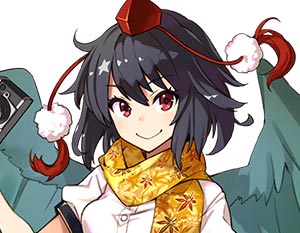 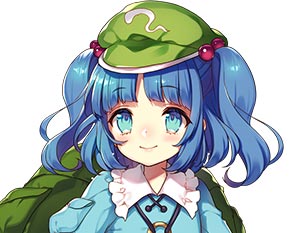 A Kappa who lives on Youkai Mountain. Loves cucumbers. Despite her cute appearance, she's a perfectionist with her craft and expects the same perfectionism from others. 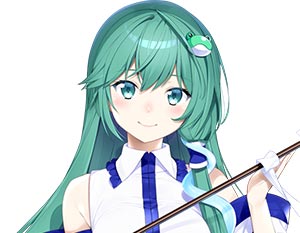 The Wind shrine maiden at Moriya Shrine. Has the ability to make miracles happen. One of the integral founders of the Spell Bubble Tournament. A Celestial who lives in Heaven. Has the power to manipulate the earth. Having a flare for fun, she became obsessed with Spell Bubble in the blink of an eye. 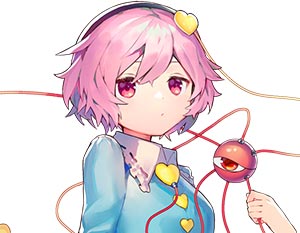 Master of the Palace of the Earth Spirits. Has the ability to read minds. The tournament's biggest financial backer, but also just innocently interested in the game her little sister is obsessed with. A psychic Youkai who lives in the Palace of the Earth Spirits. She's normally a nomad who loses off her heart to avoid getting hurt, but she seems to be enjoying Spell Bubble.

If you wish to purchase in the EU, please search for it in the Nintendo eshop.