The Bubble Bobble series is an action game with puzzle elements. First released to arcades in 1986, players control the bubble dragons, Bub and Bob, to clear stages.
With numerous sequels and spinoffs across various hardware platforms, this is the first sequel in 24 years for the main series! 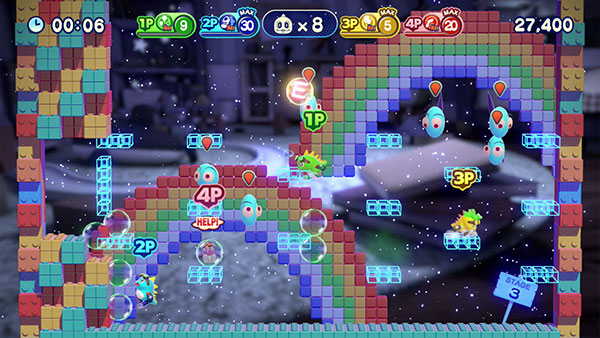 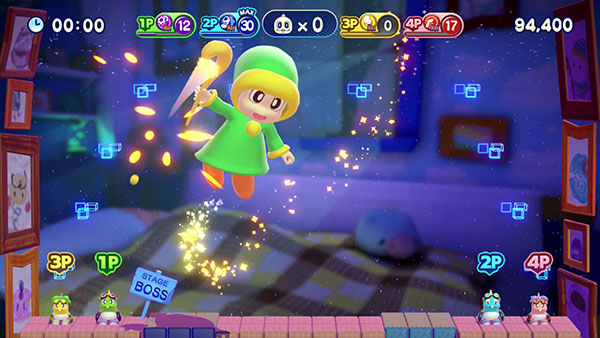 Join Bub and friends on their nocturnal adventures through a child's bedroom.
Blow bubbles, capture bullies, then burst the bubbles with you fins! Up to four players can cooperate to conquer the 100 stages themed around bookshelves, beds and toys.
And along with other bosses lurking in wait for Bub and his band: Bonner is back and badder than before! 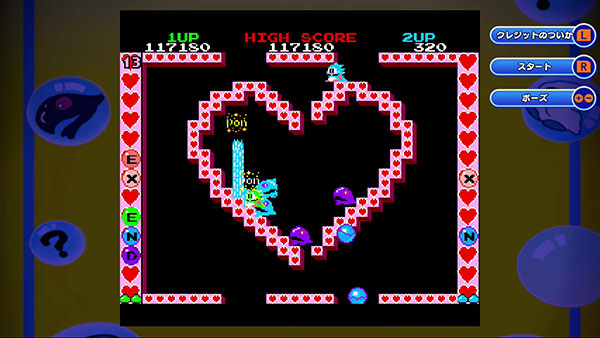 Arcade of the Future 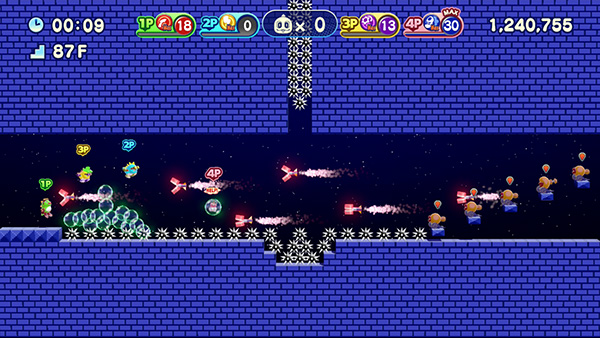 The Baron is Back features 100 new, super challenging stages!
An area featuring the invincible bully from the original Bubble Bobble: Baron von Blubba! As per the original, players start from stage 1 and must play through all 100 new stages to complete the game.
Baron von Blubba only appears on dedicated stages, but cannot be bubbled or burst and pursues the player relentlessly. Avoid him while you bubble the other bullies! 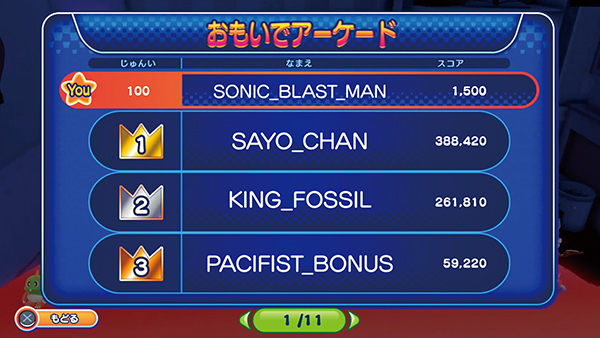 Compete with players around the world for high scores on new and existing stages, as well as the original arcade version of Bubble Bobble.

*A mode playable in Bubble Bobble 4 Friends: The Baron's Workshop. 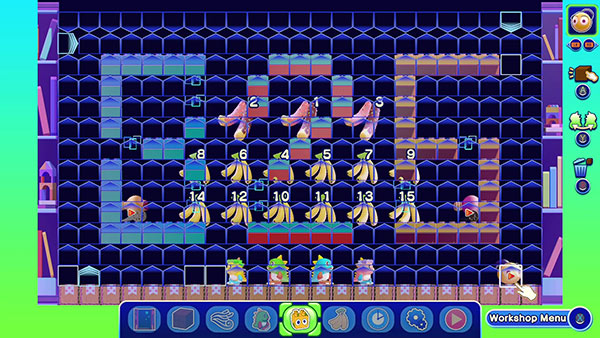 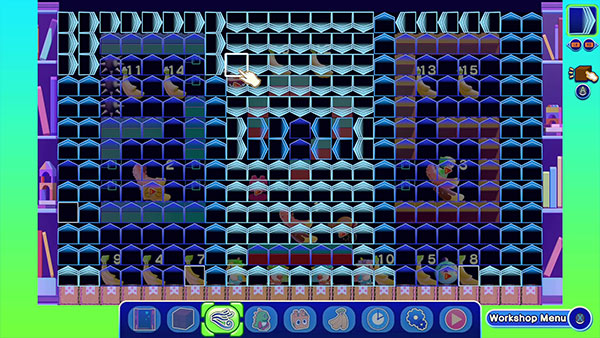 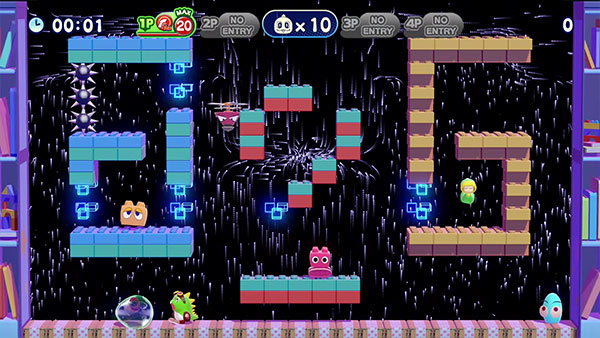